One of the more frustrating aspects of pursuing bankruptcy proceedings against debtors is the requirement to serve the petition personally on the debtor.

It is not uncommon for debtors deliberately to evade service, meaning that permission from the Court to serve the petition by substituted service, either by sending it in the post or advertising it in the London Gazette, is required.

The High Court has now confirmed, in Ardawa –v- Uppal and Jordan [2019], that the Court has no jurisdiction to retrospectively sanction steps which have been taken to serve the petition by substituted service.

In that case, the debtor sought the annulment of his bankruptcy on the grounds that service had not properly been effected.  The process servers visited his property twice and were unable to serve the petition personally on either occasion.  They sent an appointment letter to the debtor as required by the Insolvency Practice Direction, but when they attended at the allotted time, the debtor was still not present.  The process servers therefore posted the petition through the letterbox of the property.

The Court initially granted permission to the petitioning creditor to rely on the steps taken by the process server as substituted service.  The debtor was subsequently bankrupted.

At first instance, the Court dismissed the application for annulment and found that the debtor had been evading service, and that the previous judge had been entitled to give permission to rely on substituted service retrospectively.

On appeal, the High Court considered the rules regarding substituted service; in particular, the provisions of Insolvency Rule 6.14, sections (2) and (3) of which states as follows:

(2)  If the court is satisfied by a witness statement or other evidence on oath that prompt personal service cannot be effected because the debtor is keeping out of the way to avoid service of the petition or other legal process, or for any other cause, it may order substituted service to be effected in such manner as it thinks just.

(3) Where an order for substituted service has been carried out, the petition is deemed duly served on the debtor.

He therefore found that there had been a ‘fundamental failure regarding the rules as to service’, and therefore he had the discretion and power to annul the bankruptcy.  On this occasion, however, as the debt was undisputed and the debtor had failed to explain why he had not paid the debt, the bankruptcy was not annulled.

For further information on bankruptcy procedures please contact Jennifer Beatty on 0161 819 4911 or at jbe@nexussolicitors.co.uk. 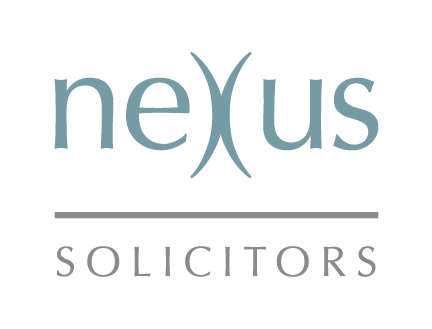 We are here to help you notwithstanding the continuing restrictions which result from the COVID-19 pandemic.

Our office is manned each working day between 9.00 a.m. and 5.00 p.m. and all our staff continue to be  available by email and direct dial, as well as through our main switchboard.

Our lawyers are also available for meetings in whatever format you prefer, whether at our offices by prior appointment (and with suitable precautions), or by video conferencing facilities.